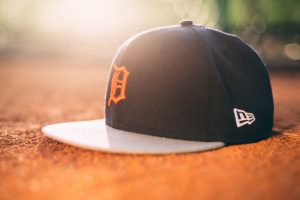 Most baseball fans have thought, “Heck, I could play better than that,” after watching a millionaire Major Leaguer boot a simple groundball, strikeout with the bases loaded, or misplay a routine fly ball.
Of course, we fans never get the chance to prove our baseball prowess. It’s probably a good thing, too, when you consider what happened the one time a group of amateurs did put on a major league team’s uniforms and played a regularly scheduled game.
It happened in May 1912. The immortal, and fiery, Ty Cobb became irate with a New York Yankee fan, Charles Leuker, who had heckled him constantly from the stands through the game’s first three innings. Cobb reached the limit of his patience when the Leuker called Cobb’s mother a husband killer. Cobb bolted into the stands and before Leuker could get out of his seat, Cobb was on him and pounded him relentlessly.
Incidentally, Cobb’s mother was found not guilty of murdering her husband. She claimed she killed him when he tried to get into their home through a window and she mistook him for an intruder.
American League commissioner Ban Johnson suspended Cobb indefinitely for conduct unbecoming to a player. Other Tiger players, hearing about the suspension, rallied around Cobb. This was remarkable since Cobb had never endeared himself to his teammates. They nonetheless backed Cobb, declared they were on strike, and wouldn’t play again until Cobb was reinstated.
This was bad news for Tigers owner Frank Navin. Commissioner Johnson threatened to fine him $5000 for every scheduled game the team failed to play. Navin told Tigers manager Hughie Jennings that he needed to field a team to play the Philadelphia Athletics the next day. And Navin didn’t especially care where the players came from. Jennings promised to have a team ready to play by game time the next day in Philadelphia.
Jennings was true to his word. He went to St. John’s College in Philadelphia the morning of May 18, and “signed” 9 players, for $50 each, to play that afternoon’s game against the Athletics.
He also recruited two Detroit coaches Jim McGuire, who was 48 years old, and 41 year old Joe Sugden. The fact that they were out of shape and hadn’t played in a Major League game in decades didn’t matter to Jennings. He had a “Tigers” team ready to play.
It would be great to say this little band of “no-names” rose to the occasion and clobbered the Athletics. But, alas, that wasn’t the case.
A young man by the name of Al Travers took the mound for the Tigers that afternoon. He pitched all nine innings of the game. And when the game was over, Travers was in the Tigers record book. He had given up 26 hits and 24 runs – a club record which still stands today. He had an earned run average of 14.00. Ten of the Athletics runs were unearned. Surprisingly, he didn’t give up a lot of home runs, but he set a club record for triples allowed in a game – seven. When the game was over, Travers knew he wasn’t cutout to be a major league pitcher. Instead, he became a Jesuit priest.
It’s true that Travers wasn’t overwhelming on the mound, but he didn’t get great support from his teammates either. Simple ground balls became errors. Fly balls fell unmolested in the outfield for doubles and triples. A couple of the imitation Tigers infielders couldn’t heave the ball to first base on the fly. Even the slowest Philadelphia players became base stealers as the Tigers catcher could barely get the ball to second base.
The would-be Tigers, on the other hand, had a few moments of brilliance. Ed Irvin hit two triples for Detroit and ended his one day Major League Career with a 2,000 slugging percentage. Joe Sugden and McGuire also had two hits for the Tigers. Manager Hughie Jennings even played in the game. He pinch-hit but flew out. In all the Tigers managed to squeak out two runs. Perhaps the Athletics pitcher eased up a bit. After all, there was little doubt he could lose the game.
When the dust finally settled, and the game was over, the Athletics had mauled the Tigers 24 to 2.
On May 19th, Commissioner Johnson acted against the tigers. He fined the club $5000, and warned that if the real Tigers didn’t play on May 20th, the team would “never play again.” Players and Tigers management knew Johnson wasn’t bluffing. Cobb went on suspension for a week, and was fined $50. All the players who had gone on strike were fined a whopping $100. But they all agreed it was easier to pay the fine than it was watching the substitute Tigers playing like kittens.>