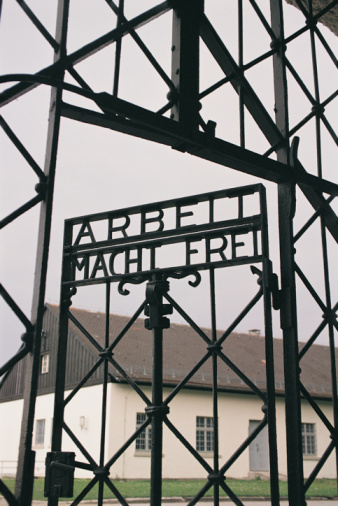 This year the world celebrates the 100th anniversary of the birth of a Swedish Lutheran who saved upwards of 100,000 Jewish people from extermination in Hungary during World War II. To many followers of Judaism, he is known as one who is “Righteous among the Nations.”

Raoul Wallenberg was an ordinary man who did extraordinary things, risking his own life to save others only to then die in a Russian prison just after the war ended. How did he do what he did?

In 1944, Secretary of the Treasury Henry Morgenthau, himself Jewish, told President Franklin Roosevelt what was happening to the Jewish population in Europe. FDR approved the establishment of the American War Refugee Board with a fund to finance the rescue of Jews. But a person was needed to head the work. In Sweden, it was known that Wallenberg had the needed creden-tials. He had great ability with languages, had traveled to many European countries, and had even earned a degree in architecture at the University of Michigan. He agreed to do the work and went to Hungary using the funds from the board to buy or rent safe houses for adults and an orphanage for children who had already lost their parents. He listed these buildings under the protec-tion of the Red Cross and called them by such names as “The Swedish Li-brary” or the “Swedish Research Institute.” In a short time he had 32 buildings and employed 340 persons.

His first step was to design a protective passport called a “Schutz-Pass” printed in the Swedish national colors with the Three Crowns heraldry in the center. Although not actually official, the passes impressed the local soldiers and Nazi leaders. Wallenberg passed them out even to people already lined up to board the boxcars for the death camps. Then he would call them “my people” and demand that they be released. The passes made the people who held them citizens of Sweden – protected, eligible to go to Sweden if possible, and no longer required to wear the yellow star on their clothing.

Wallenberg worked feverishly, night and day, seemingly to appear every-where, and apologizing that “I cannot save all of you.” One woman, shortly before she was to be shot, saw Wallenberg coming toward her. She later said that it seemed as if God had answered her prayers.

Wallenberg was right under the nose of Adolf Eichmann, who was en-sconced in the Majestic Hotel in Budapest. One day Eichmann told Wallen-berg, “I know all about you. You’re a Jew lover who receives all his dirty dollars from Roosevelt.” Wallenberg found that he could fool or work around the Ge-stapo in what some of his colleagues referred to as “dumdvistig” or “dumb dar-ing.”

Wallenberg’s family motto was “Esse, non Videri” meaning “To be, not to be seen.” Being raised in a Lutheran family, he knew the catechism. It is clearly taught that “The commandments are summed up in one rule, ‘Love your neighbor as yourself” (Rom 13:9).

And what would he have learned about the fifth commandment, “You shall not murder”? The catechism teaches that “We should fear and love God so that we do not hurt or harm our neighbor in his body, but help and support him in every physical need.”

For Wallenberg, that meant rescue, food, and medical help for as many as he could pull out of the grasp of Nazi killers. When told that he was being hunted by the Hungarian Arrow Cross, who continued to terrorize the Jewish population after the German armies retreated, Wallenberg replied, “My life is one life, but this is a matter of saving thousands of lives.” Reading the reports of Jewish killings, Wallenberg figured that in Auschwitz alone, 12,000 were dying each day, 500 each hour, 30 a minute, or one every one to two seconds.

A colleague of Wallenberg, Thomas Veres, a photographer whom Wallen-berg urged to “take as many photographs [of the atrocities] as you can,” wrote on his website I Was There: “It’s been said, ‘No one has greater love than this, to lay down one’s life for one’s friends’ (John 15:13). They were not literally his friends, these people whose lives Wallenberg saved; they were simply his fellow human beings, and as such, he felt responsible for them . . . He was an ordinary person who dared other ordinary people to do what he did.”

One person who was in Budapest at that time told of an orphanage being attacked and the children killed. The onlooker said of Wallenberg, “He went down on his knees and cried. Then he got to his feet and said he would fight on.” He was gaunt, showing the wear of his work, sleeping only one to two hours per night. On January 17, 1945, with the arrival of Russian troops, Wallenberg tried to protect his people by appealing to the commandant. It is known that he was arrested, taken to Russia, and the best information is that he died there of a heart attack in 1947.

In a New York Times editorial, January 16, 2012, at the start of this anni-versary year, Secretary of State Hillary Rodham Clinton stated that the Swedish diplomat Raoul Wallenberg “chose not to be indifferent when faced with great evil . . . He could have remained safely in neutral Sweden during World War II. Instead . . . Wallenberg acted.” Then she summarized what Wallenberg did by quoting Lutheran pastor and Nazi resister Dietrich Bon-hoeffer, who wrote, “Silence in the face of evil is itself evil . . . Not to act is to act.”

At a memorial service in Budapest, June 20, 2000, Kofi Annan, United Nations Secretary-General said of Wallenberg, “Raoul highlighted the vital role of the bystander, of the third party amidst conflict and suffering. It was here, in the face of despair, that his intervention gave hope to victims . . .

“Remembering his life should be an inspiration to others to act; for our future generations to act; for all of us to act.”

Roger Palms, former editor of Decision Magazine, is a writer, teacher, and speaker.