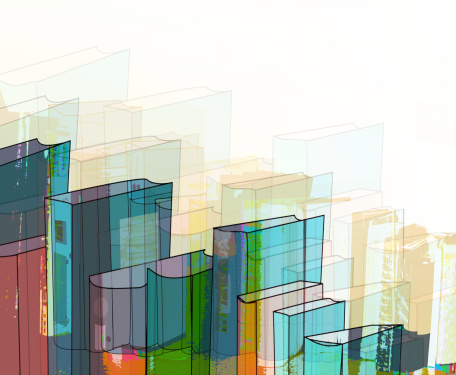 One of my favorite things to do is go to the library. There’s nothing quite like the silence that greets you as you open the door. The thrill of catching a glimpse of the familiar name of your favorite author. The soft cracking sound the book makes as you leaf through the pages while hearing the soft rustle of the sheets and feeling the coarse paper between your fingers.

About two weeks ago, I was doing just that, although before dashing to the bookshelves as per usual, I’d stopped off at the librarians’ desk to re-quest a dozen photocopies of a flier I had. I left her to it and began to browse. Half an hour later was the first time I glanced up since entering and saw the stack of fliers on the librarians’ desk waiting for me to pick up.

Gathering my stack of books, I headed for the counter. Once again I had exceeded the number of books allowed at one time and I was struggling with what to put back. It took me another ten minutes to decide before checking them out. As I did, I wondered if I’d chosen wisely, if the books I’d put back would still be there when I returned. And if not, how long would I have to wait to read them. My thoughts turned darkly toward people who borrow on a whim and don’t return until two years later. (True story; I unin-tentionally heard the exchange myself while crouched behind the young adult section.) With all these thoughts swirling around my head, I gathered up my fliers and checked out books, nodded tersely at the librarian (my mind still on the late “returners”) who frowned back at me, swept outside, and headed back home.

It was only when I sat on my sofa I realized I’d left the library without paying for my photocopies. That explained the librarians’ frown. Horrified, I looked up the library’s number and called them. The woman who an-swered assured me that it was fine (albeit in a clipped tone); I could settle my debt when I next visited, but I was still mortified – I couldn’t believe that I could do such a thing. Although the photocopies had only cost a few cents, it was the principle of the situation that had me dismayed.

Later that night, I was reading my Bible and came across the story of the ten lepers in Luke 17. All were cleansed of their leprosy yet only one came back to thank Jesus. It reminded me of my “library heist” (as I had dubbed it in my head). How often had I done the very same thing to God? When a prayer was answered – big or small – how often did I thank God? At best I would give nod similar to the nod I’d given the librarian; at worst I wouldn’t even acknowledge God’s graciousness at all and simply move on to a new request. I don’t know exactly when it became alright for me to treat God like a genie, but it had and I knew it had to change right away.

I think it happens to us all at one point or another. We get wrapped up in ourselves, our lives, our thoughts. We go through the motions of what we think we are supposed to be doing, when really the purpose has al-ready been defeated. It is such an easy routine to fall into since God is so merciful with us, but it’s for that very reason that we need to be more con-scious of where we place God in our lives.

This incident shed light on a verse in the Bible that had always niggled at me: “Take care that you do not forget the Lord, who brought you out of the land of Egypt, out of the house of slavery” (Deut 6:12). I always thought when reading it – how could one forget God? Especially after delivering you from an oppressive country? That’s not something that just slips your mind.

Sure, maybe the Israelites turned away from God’s laws and disobeyed God’s commands, but to forget? It just never seemed probable to me that such a massive act of kindness could simply be overlooked. But now I’ve found that it isn’t as black and white as I originally thought. Luke 16:10 says, “Whoever is faithful in a very little is faithful also in much; and whoever is dis-honest in a very little is dishonest also in much.” While this isn’t about trust, the little, big theory applies. If we can forget the small stuff, why not the big stuff? If we forget to thank God for putting food on our table, who is to say we won’t forget to thank God when our mother’s cancer is in remission, or when our spouse gets a job after months of a financial drought?

Gradually, a few instances of my ungratefulness to God in seemingly small blessings came back to me. There was the time when I prayed that I wouldn’t get paired with a particularly unpleasant fellow employee at a work function and I did. I spent exactly five minutes in despair before the boss switched around the partners for a reason I don’t know to this day. Those five minutes I spent agonizing with God, asking him to get me out of it somehow, and why did he do this to me in the first place. After my prayer was answered, I don’t think I spent half a minute thanking him before go-ing about my day as usual.

Then there was a more stressful time when a competing business had moved in across the street from my mother’s small pastry shop. We spent days worrying and praying that they wouldn’t have a negative impact. One day, several months later, I saw a few customers heading to the rival pas-try shop and realized that miraculously nothing had changed for my mother. God had answered our prayers, and although I can’t speak for my family, I know I had taken the fact that it was “business as usual” for granted and hadn’t acknowledged that he’d quietly given us what we asked for. Like the Israelites, I just . . . forgot.

Many of us use that as an excuse, when in reality, like my library inci-dent, although we didn’t mean to, a debt is still owed, no matter how sorry we are.

It’s remembering the little things that help us remember the big things in life.

The next day I went back to the library and paid for my photocopies, apologizing profusely all the while. And although it was an embarrassing ordeal, it showed me something about myself that I never knew. With God’s help, I hope to never forget to be thankful for everything God has put in my life.

Lais Waddell is a freelance writer and Montessori teacher who enjoys watching sports, reading, and getting to know God better each day.