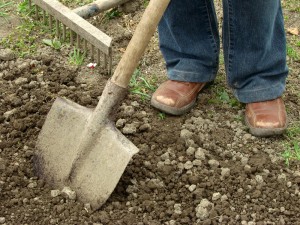 by A. Trevor Sutton

For 23 years of my life, I thought feng shui was a type of Japanese plant. My confusion began while I was gardening for an elderly woman with an insatiable eye for order. Everything had to be planted with the utmost precision; angles were measured and remeasured. Leaf size had to be compared with neighboring leaf size. Every plant had a purpose – from the biggest elm tree to the smallest dandelion.

A few hours into a long day of working, I had been given a few hydrangeas to plant while she went to the kitchen to make lemonade. In the absence of her supervision, I began haphazardly digging holes for the plants. In hindsight, I probably should have thought a little more about what I was doing. But then again, she probably should have realized that I was a 23 year old man that could either dig holes or think – but not both at the same time.

Either way, my careless digging came to an abrupt halt when she came running out of the house. “You’ve completely ruined the feng shui,” she yelled with her arms flailing. Since I was already feeling a bit sheepish about my careless planting, I did not dare ask which plant the feng shui was. Only much later, walking through the local bookstore, did I come to realize that feng shui was actually not a plant at all, but a way of arranging things to promote harmony.

I began gardening as a broke seminary student. I moved to Saint Louis to enroll at the seminary and realized that I would need a job to help pay for the tuition costs. In desperation, I responded to a flyer looking for someone to help an elderly woman tend to her garden. When I began at the seminary, my life was completely uprooted. I left Michigan to go halfway across the country to an unfamiliar town. With my fiancée and family three states away, doubt increasingly crept into my thoughts. Maybe the ministry was not God’s plan for me. Perhaps I should have stayed in Michigan and become a teacher instead of being a pastor. Thoughts of my faith withering and dying in a foreign city increasingly occupied my mind.

That was all over a year ago and I am now firmly planted in Saint Louis. When I left Michigan, I had reduced God to a careless gardener much like myself. I failed to realize that God does not garden like I do – he has purpose behind his planting. Like the meticulous lady that I used to work for, God has a master plan when he plants his people in a new place. The book of Exodus is all about God’s purposeful planting of his people. When God delivered the Israelites from out of Egypt they sang, “You brought them in and planted them on the mountain of your own possession, the place, O Lord, that you made your abode, the sanctuary, O Lord, that your hands have established” (Ex 15:17).

Israel’s story is the same as ours. Israel was saved through water just as we have been delivered from our bondage through baptism (1 Corinthians 10:2; Romans 6:4). By this water Israel was planted in the land just as we have been planted in Christ. We are grafted into the church by the Holy Spirit and fertilized through the word. Like roses love the sun, we crave the radiant presence of God in all its forms.

Still, even though we have been planted with intention by God, we have our doubts. Fortunately, doubt does not negate the fact that God plants his people with purpose. Israel’s doubt did not put them back in Egypt. Israel’s doubt did not cause the sea to come crashing over their heads. God had purpose for Israel just as he has a purpose for all of his people. Throughout the sum of scripture, God never once carelessly plants his people.

To this day, the elderly woman’s garden is still meticulous – no thanks to me, of course. Sometimes I still go and visit it, admiring each plant’s purpose. She lives for that garden and she loves each and every plant. Every time I go to the garden, Exodus comes to mind. I have heard many very learned professors lecture on that part of scripture. Still, I never understood what God was doing in Exodus until I began gardening.