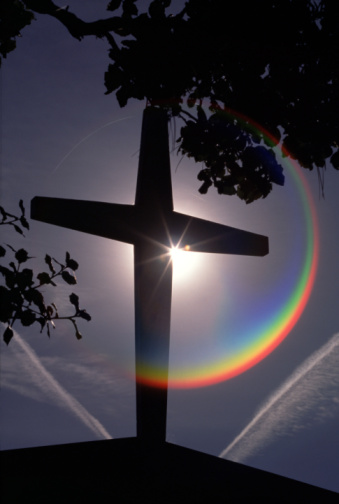 It’s a good thing I’m not God. I would only allow evil people to suffer and would spare good people from all suffering. God doesn’t agree.

Joseph, a patriarch of the 12 tribes of Israel, experienced more than his share of suffering. And it didn’t seem fair. It wasn’t Joseph’s fault that his father, Jacob, favored him, being the first born of his beloved wife Rachel. His brothers raged with jealously because of the favoritism Joseph received as Daddy’s pet.

Because of his brothers hatred, Joseph, at age 17, was met with hostility after sharing his dreams, which involved his brothers bowing down to him. The very suggestion of Joseph reigning over them further fueled their jealousy.

Joseph’s siblings vented their frustration one day when their father sent Joseph to check on his brothers who were pasturing Jacob’s flocks. Seeing Joseph headed their way, they planned their despised brother’s demise. “Here comes [that] dreamer!” they said, wanting to kill him (Gen 37:19).

Instead of killing him, they tossed him in a pit, and then stopped for a lunch break! Joseph’s problems didn’t end there though, as they pulled him from the pit, and then sold him into slavery. Back on the ranch, they lied to their father Jacob, telling him that a wild animal had Joseph for snack.

The dreams Joseph had shared, would be a long time in coming. It didn’t seem fair.

Now in slavery, Joseph entered the service of Potiphar, an Egyptian officer and captain of the guard for Pharaoh, king of Egypt. He remained faithful as a slave, honoring his master in every way possible. Yet Joseph was slapped with an unfair prison sentence after being falsely accused of assault by Potiphar’s wife.

It doesn’t seem fair. Joseph had resisted her persistent advances and didn’t even consider dishonoring Potiphar by sleeping with his wife, even when she repeatedly pressured him to do so. He remained honorable before God and man and was not only tossed in a pit, but also tossed into prison.

While in jail, Joseph remained a faithful servant. He interpreted dreams for the king’s cup bearer and baker, also imprisoned, revealing correctly that the baker would die and the cup bearer’s position would be restored. Though the cup bearer enjoyed his new freedom, he quickly forgot about Joseph, leaving him in prison where he spent two more years.

But the day arrived when Joseph’s gift of dream interpretation was needed again. Pharaoh, who had two dreams, was desperate to know what they meant. Remembering how Joseph had accurately interpreted his dream, the king’s cup bearer recommended Joseph’s services.

Seeing Joseph’s impressive wisdom, Pharaoh not only freed him from prison, but also gave him charge of his kingdom, second only to the king. Now 30, it had been 13 long years since God had given Joseph the dreams.

Nine years later, now as powerful governor of Egypt, Joseph came face to face with his brothers who had sold him into slavery. His brothers bowed low before him, just as Joseph had seen in his dreams so long before.

At first glance, Joseph’s story doesn’t seem fair. But God does not agree, nor does Joseph. Instead of being bitter, Joseph offered his brothers grace and forgiveness, saying, “Even though you intended to do harm to me, God intended it for good, in order to preserve a numerous people, as he is doing today” (Gen 50:20).

The dreams God gave Joseph as a teenager didn’t come to pass until he was a grown man. Joseph did not complain his way through those years of preparation, but remained faithful wherever God put him, and God blessed him throughout the process by maturing and growing him through each training place. Joseph, in turn, squeezed everything he could out of each experience through which he walked.

Although it may not require 22 years for God’s dream to be fulfilled in you, as it did Joseph, don’t be in a rush to move on. Squeeze everything you can out of the place God has you right now, even when it doesn’t seem fair. You will move on in God’s perfect timing.   >

Therese Marszalek lives in Washington. Find more of her writing at www.theresemarszalek.com.

Adapted from the book 40 Days.