Getting Even- the Right Way 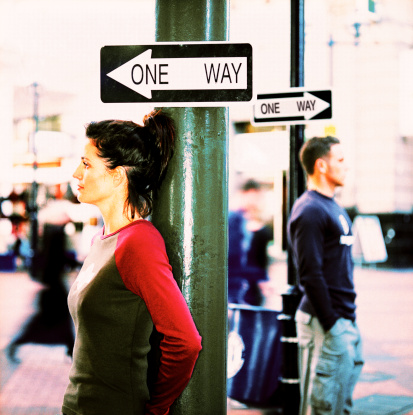 The car that cut me off had a bumper sticker that read, “I don’t get mad, I get even!” For an instant that’s exactly what I felt—I wanted to get even with him for his dangerous maneuver. Then, almost reluctantly, I thought, “Why bother?” There was not way I could really “get even” with him.

Who hasn’t said, “I’ll get even” or at least felt the boiling hot urge to “even the score” with a sibling, spouse, co-worker or even a stranger who acted offensively.

Regardless of the cause for our anger, the compulsion to “get even” springs from our perception of being endangered, harmed or made to look inferior to that person. When we want to get even we want to bring the offender down a notch or two, right a wrong, make that person feel as badly as we feel. Yet why should we purposely descend to his/her level?

If you know someone has attained something—a promotion, recognition, an honor or material goods through dishonorable or malicious means—others may not know of the deceit. In our minds they see him/her as a superior person. But that person knows, as we do, that the achievement is tainted. Thus, we are already even because we both know the truth.

Striking back at such a person is self-demeaning, never self-elevating. It’s easy to feel self-righteous by repaying harm with harm, but it is never right. Becoming obsessed with getting even can blind us to personal danger and twist our thinking to a point of acting in ways that can have irreversible consequences for others and ourselves.

As an example, a man in Los Angeles was taunted by some co-workers, who were making derisive remarks about his sexuality. He became enmeshed in an irrational need to “get even.” He had a pistol in his car, and in his rage he used it to shoot and kill two coworkers and ultimately he killed himself. His drive to get even didn’t just kill two persons plus himself, it decimated families and the lives of numerous other persons.

It’s easy, even comforting, to rationalize “getting even” by embracing the Old Testament notion of “an eye-for-an-eye.” But Jesus had something to say about getting even, and his words supersede those of the Old Testament. “But I tell you who hear me: Love your enemies, do good to those who hate you, bless those who curse you, pray for those who mistreat you (italics added)…Do to others as you would have them do to you.”(Luke 6:27-31 NIV Bible)

How do we stop ourselves from pursuing retaliation? How do avoid maliciously “getting even?” By elevating the person to God. Doing so we elevate ourselves too, and thus “get even” in a positive way.

“Getting even” this way however, isn’t easy. Usually it’s easier to keep a resentment boiling. Staying resentful tends to give us a sense of power and a feeling of control over the other person. But it’s an illusion, a false sense of power. There is no useful power in resentment, and there is no real satisfaction in it. Hanging onto resentment has been described by some as akin to taking poison and expecting the other person to die. We only harm ourselves with resentments.

But how do we elevate to God someone we resent? There are many ways to do it. A simple and successful ways is described on page 552 of the book, Alcoholics Anonymous. The author of the article, “Freedom from Bondage,” presents a model for what Jesus meant when he said, “Pray for those who mistreat you.”

“If you have a resentment you want to be free of…pray for the person…(and) you will be free. Ask in prayer for everything you want for yourself to be given to them…Even when you don’t really want it for them, and your prayers are only words…do it anyway.” The writer says pray every day for two weeks, and during that time compassion, understanding and love will likely replace bitterness and resentment toward that person.

Folks who have used this technique know it works. It has to work because it is what Jesus commanded us to do. It is what he did as he was dying on the cross. “Father, forgive them, for they do not know what they are doing.” (Luke 27:34)  How can we go wrong emulating Christ, and following His direction?