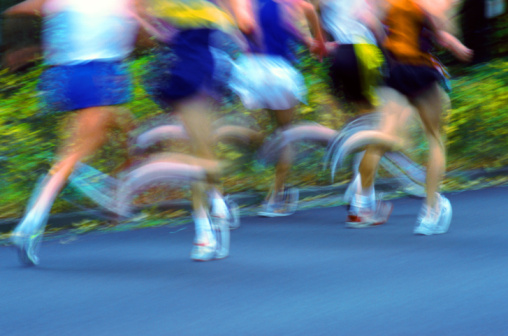 The Greatest One Mile Race

It was called by many “The Mile of the Century” race between Roger Bannister and John Landy in August 1954. Earlier that year, both men had done the “impossible” – each had run a mile in under four minutes.

On that day, Bannister ran a 3:59.4 minute mile at Oxford, England. When asked later to explain what it took to set such a record, Bannister answered: “It’s the ability to take more out of yourself than you’ve got to give.”

Forty-six days later, John Landy ran a mile in just 3:58.0, pulverizing Bannister’s record during a race in Turku, Finland. He beat Bannister’s time by one and four-tenths seconds – a huge amount in a sport where old records fall and new records are set in times commonly separated by a fraction of a second.

Bannister was in England when he learned about Landy’s record run: “I heard the announcement on the radio,” he said. “For a few minutes I was stunned.” He started training with new intensity. He knew he would be running against Landy at the Empire Games in Vancouver, British Columbia, in August.

Even those with little interest in track and field competition eagerly anticipated that race at the Empire Games. As Bannister later said, “There had never been a race like this.” It was the first time two sub-four minute milers would compete head-to-head. Each was in top condition, and each thought he could beat the other.

There were eight contestants in the “Mile of the Century,” but spectators saw only two runners – Bannister and Landy. Landy was the favorite of the experts. Fans expected one of them to set a new record. Few imagined both men would make history at the finish line.

When the starter’s gun sounded, both men adhered to their pre-race plan. Bannister’s strategy was simple: let Landy run in front, set the pace; keep pace with him and then catch him near the end of the race.

Midway through the second lap, as predicted, it became a two-man race. Landy and Bannister separated themselves from the other runners. What Bannister didn’t expect was Landy’s pace. It was nearly more than Bannister could handle. And suddenly, Landy was 15 yards ahead of Bannister.

Bannister had to gain back those 45 feet during the next lap, or he would definitely lose the race. He focused on closing the gap. “I quickened my stride . . . and won back a yard, then each succeeding yard,” Bannister said of that effort. “And how I wished I’d never let him establish such a lead.”

As the two runners started the last lap, the roar of the crowd was deafening. Bannister had caught the Australian, dropped back, and then closed again on Landy. As they pounded into the last turn, Bannister was on Landy’s heels. Then with a reserve of energy, instinctive timing, and a bit of luck he passed Landy. The crowd went wild.

Because of the crowd noise, (“The most enthusiastic crowd I’d ever see,” said Bannister) Landy didn’t hear Bannister closing on him. And just as Bannister made his surge to pass, Landy glanced over his left shoulder to see where Bannister might be. “The very moment he looked around, he was unprotected against me and so lost a valuable fraction of a second in his response to my challenge,” Bannister recalled. “In two strides I was past him.”

Landy’s moment of doubt, and Bannister’s fortunate timing, made it impossible for Landy to gain back those lost strides. Bannister broke the tape at the finish line with a time of 3:58.8. Landy trailed him by a few yards and finished in 3:59.6.

Neither man set a new world’s record for the mile that day, but two historic events did occur. It was the first time two runners finished the same one-mile race in less than four minutes. It was also the second time each of them had broken the four-minute mile barrier. Landy was over a second off his record mark, but Bannister improved on his time by nearly a second.

Roger Bannister stopped competing in 1954 to pursue his medical studies. He became a prominent neurologist in England. John Landy had a career in agriculture and in 2001 became a governor of the State of Victoria, Australia.

Richard Bauman is the author of the book It Made a Difference to that One.